What is the method to prevent excessive resistance when the catheter is threaded?

Electrical Flexible Conduit often encounters a variety of problems during the construction process. The most common problem is the excessive resistance encountered during threading. In fact, there are many ways to solve this situation. In the early stage of construction, We can prevent this from happening as long as we do a good job. Let me introduce the specific reasons and solutions. 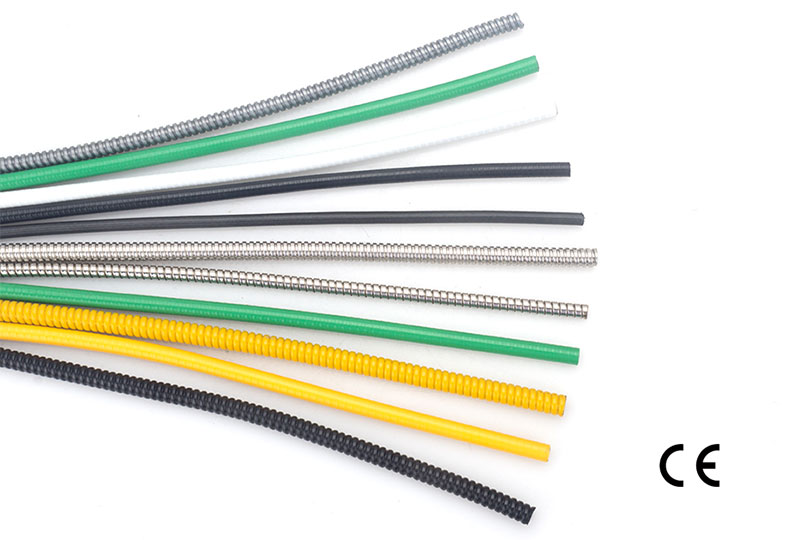 The joints of flexible electrical conduits need to be tightened before construction and the tightening method is also required. First, unscrew the fastening nut of the connection joint and place it on the inner wall of the box (box), and then tighten the connection joint with a wrench Just the nut.

Protective measures such as adding protective tubes should be taken when the foundation of the building or when it may be exposed to significant mechanical impulse. Compensation devices should be installed when passing through settlement joints or expansion joints. Flexible electrical conduits should be neatly arranged and firmly fixed when exposed, and the spacing between their fixing points should be uniform. The distance between the tube clamp and the terminal, the midpoint of the turn, the edge of the electrical appliance or equipment is 150mm ~ 300mm, and the fixed tube clamp in the middle of the pipeline The large distance is 0.5 ~ 1m, and the distance between fixed points should be uniform, and the allowable deviation should not be greater than 30mm. The allowable deviation of the horizontality or verticality of the exposed flexible metal wire protection sleeve laid horizontally or vertically is 5%, and the deviation of the total length should not be more than 1/2 of the inner diameter of the pipe. When the flexible metal wire protective sleeve is concealed, it should be laid along the near route, and the bending should be reduced. The small distance between the metal sleeve buried in the building and the building surface should not be less than 15mm; laying in the cast-in-situ concrete It should be fixed with steel bars when the distance is not more than 500mm. When the flexible metal wire protection sleeve is routed after piping, the total cross-sectional area of the conductor in the pipe including the insulating layer should not be greater than 40% of the empty cross-sectional area of the pipe. When the flexible metal wire is used to protect the sleeve or the bend is long, to prevent damage to the wire due to excessive resistance when the Priica pipe is threaded, the distance between the two junction boxes or the cable box is specified: no more than 30m when there is no bend; When there is one bend, it does not exceed 20m; when there are two bends, it does not exceed 15m; when there are three bends, it does not exceed 8m.

Windable metal tube can absorb vibration, it can not only improve the system's ability to fatigue damage, but also can achieve the effect of reducing noise. This is why some piping systems use Flexible Metal Conduit.

After the metal reacts with oxygen in the atmosphere, an oxide film is formed on the surface. The iron oxide formed on ordinary carbon steel continues to oxidize, causing the corrosion to continue to expand

As is known, this protection is only a film. If the protective layer is broken, the underlying steel begins to rust.

We are Electrical Flexible Conduit Factory, welcome to consult.